Nana Ama Mcbrown is an actress, renowned script-writer, songwriter, and TV Presenter. The way she utilizes her talents every now and then makes her stand unique in the Entertainment Industry in Ghana. She had a perfect opportunity to be scouted for imitating a lead role into being noticed and given the job to be an actress. She’s one of the hardworking, beautiful and intelligent even though she dropped out of school at a certain age.

Ghanaian famous actress Nana Ama McBrown known in real life as Felicity Ama Agyemang was born on 15th August 1997. Cecilia Agyenim Boateng is her mother and her father was Mr. Nkrumah. Her biological parents divorced due to hardship.

Nana Ama and her six siblings were later adopted by Kofi Mcbrown and her aunt, Madam Betty Obiri Yeboah. As a result, Nana Ama considers her childhood to have been difficult. Along with her six siblings, she grew up in Kwasdaso, Kumasi with her aunt and adopted father.

Nana Ama attended St.Peter’s International Residential School, moved on to Minnesota International, and then to Central International. She continued to Kwadaso L.A. J.S.S, although she ended up as a dropout and could not sit for the Basic Education Certificate Exams.

Nana Ama answered an advert call on the radio by Miracle Films and was hired to do costuming instead. However, on the set, she was able to get the lead role after the director, Samuel Nyamekye felt that she was better suited for the role. 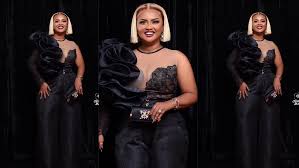 In 2001, her first movie, “The Day” opened the floodgates to interesting and exciting roles, landing her spot on the TV series Tentacles.

In 2007, the movie Asoreba, co-starring Agya Koo and Mercy Asiedu turned Nana Ama into a household name. Since then, she has slowly built a strong following by releasing a slew of critically acclaimed movies. 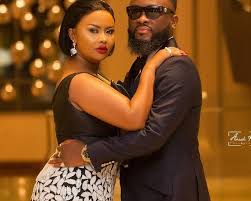 Nana Ama McBrown is having only one child, Maxin Awushi Mensah, whom she gave birth to on February 21, 2019. Her husband Maxwell had two children before meeting Nana Ama. However, Nana Ama is a mother of three children of which two are stepchildren.

Nana Ama Mcbrown is the brand ambassador of Royal Drinks and Hisense. She’s also the TV host of the Show McBrown Kitchen and entertainment talk show at UTV.

Nana Ama Mcbrown has acted in a lot of movies and has numerous awards to her credit which include, BestEnglish Actress in Leading Role, Best Traditional Movie, and Best Story at the 2011 Kumawood Awards.

Nana Ama is one of the richest and most influential actresses in Ghana, with an estimated net worth of $1 million dollars.

She’s the most successful and highest-paid actress in Ghana, she’s relevant as an actress, singer and also active on both Kumawood and Ghallywood, she has over 200 movies to her credit.

The award-winning actress owns expensive cars such as G-wagon, Landcruiser, Corolla, and the latest Benz in town. she has never hidden the expensive cars she has been driving.

Nana Ama’s house looks lovely and pinky. it is actually a glass-modified story building. She always flaunts her glass Nkoa mansion in her latest pictures.