The Samsung Galaxy M52 5G is the follow up of the Galaxy M51 which was released in year 2020. Onboard this new device is a more capable processor, a higher refresh rate display and support for 5G connectivity. A large majority of the remaining features are the same. 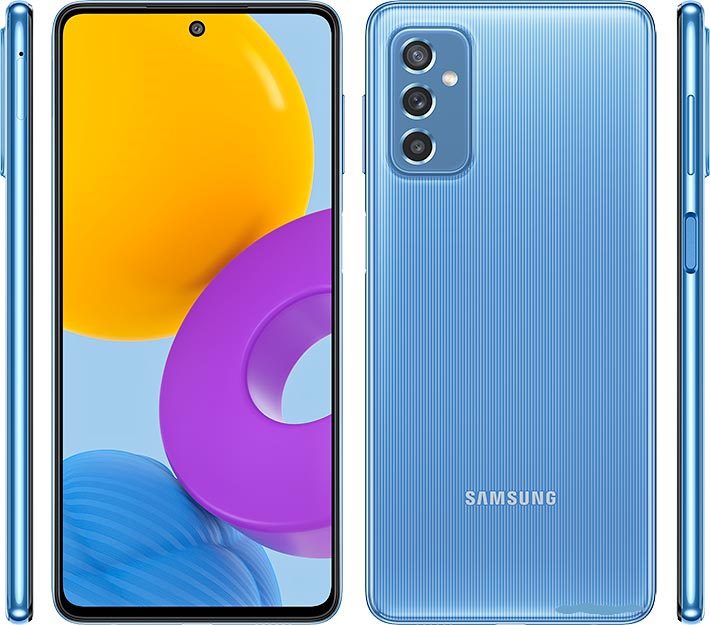 Where you will find this refinement / design tweak is on the rear. Samsung skipped the plain gradient colour system on the M51 and opted for a lined pattern with subtle gradient on its sequel.

Still on the rear, you will find an elongated camera module having the triple cameras on a vertical array as opposed to the vertical / horizontal hybrid on the M51. The Samsung branding retains its position, letting you know it’s a Samsung smartphone.

Moving upfront, we have the same setup from the M51, which means we are left with a 6.7-inch super AMOLED display with a punch hole camera in the top middle position. However, Samsung opted for a 120Hz refresh rate as opposed to the 60Hz refresh rate on the former.

Taking an analysis of the camera specs, show the M51 is more equipped. It bears quad rear camera setup, with its depth camera being the factor that differentiates it from the Galaxy M52 5G.

A large majority may not find having a dedi cated depth camera as a big deal, considering the fact that depth sensing can be inculcated into another camera. But for all that it’s work, enthusiasts have a dedicated depth camera.

Upfront on the selfie side, we have the same 32MP camera with an aperture of f/2.2. Video recording on this setup is capped at 1080p @ 30fps.

The star of the Samsung Galaxy M52 5G performance setup is its Snapdragon 7785 processor, which is a better performer when compared to the Snapdragon 730G on the M51.

On the software side, we have the UI 3.1 user interface running on the Android 11 operating system.

Please note that there isn’t a 3.5mm headphone jack and as such you will need a type-c headphone or wireless headphone.

The Samsung Galaxy M52 5G was announced on the September 24th 2021 and released for purchase on the 3rd of October 2021.

Here are a few specs of the Samsung Galaxy M52 5G:

Supreme Court’s ego may be the only thing that saves Roe v. Wade

From fintechs to worker unions, the future of tech is about scaling to power